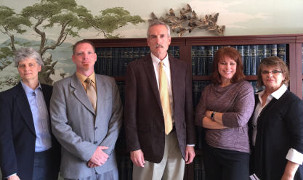 We handle vaccine-injury cases originating in all 50 states plus US territories:

Rock-Solid Experience When You Really Need It... 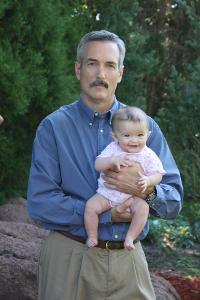 Since graduating, Richard has specialized in representing vaccine injured children and adults throughout the country. During those years, he has personally represented many hundreds of petitioners in the National Vaccine Injury Compensation Program (NVICP).

Richard has had considerable influence on the Vaccine Program and how it operates. Many of the important policies and precedents that underlie the NVICP are the result of his work covering more than a quarter-century — since before the Vaccine Program began in 1988.

Richard and his wife, Sonja, are the parents of eight lively children ranging from early elementary school to married, established professionals with their own families. 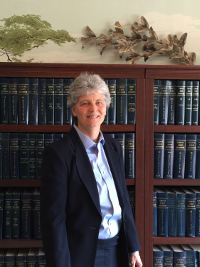 Kristen Blume is a third-generation Wyoming native who has been practicing law since 1992. She holds a bachelor of science degree from Gorgetown's School of Foreign Service in Washington, D.C. Kristen received her law degree from the University of Notre Dame Law School in South Bend, Indiana. At notre Dame she was an editor on the Journal of College and University Law.

After graduating from law school, Kristen focused the first years of her professional career on geneal litigation. She was engaged in numerous trials on issues ranging from personal injury to copyright infringement. Ultimately she shifted her focus to public service and spent twelve years working for the Wyoming Attorney General and the Wyoming Supreme Court.

Kristen joined the firm in 2016 and has focused on the Vaccine Program ever since. Her litigation experience and her expertise in appellate law have helped her quickly become a strong advocate for clents. Kristen was made Partner at Richard Gage, PC in the beginning of 2019. 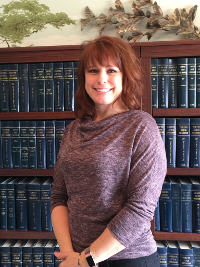 Susan has lived in Cheyenne, Wyoming since 2002. Her life started on a Kansas farm until she finished elementary school, then her family moved Colorado Springs to pursue more rewarding work than the farm provided.

After bouncing around various places, including four years in Germany, she landed in Cheyenne to stay.

While raising her family in Cheyenne, she also worked as a personal trainer for several years before deciding to pursue her interest in law. Receiving her Associates Degree in Paralegal Studies from the Institute of Business and Medical Careers in 2013, Susan has been an important part of Richard Gage, P.C. ever since.

She is married, and the happy mother of 5 beautiful children. 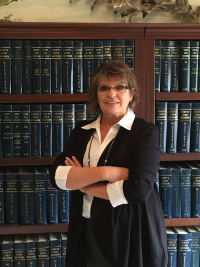 Helen Nelson began her legal career in 1999 at the firm of Gorrell & Hopkinson, in Worland, Wyoming. Her primary focus at that time was family law. Ms. Nelson was then hired by the Hot Spring's County Attorney where she did general paralegal work. After moving to Cheyenne, Wyoming, Ms. Nelson began work at Richard Gage, P.C. in 2012. Her work has been almost exclusively in the National Vaccine Injury Compensation Program since that time.

Sheree is a native of Cheyenne, Wyoming and graduated from Central High School in 1972. She then attended Laramie County Community College in Cheyenne for two years, graduating with a Secretarial Science degree. After working for the City of Cheyenne for another two years, she then moved to Arvada, CO in 1977 where she attended Mile High Court Reporting School as well as the Denver Pralegal Institute, graduating in 1980.

While raising her family in Arvada and working as a certified paralegal, she went back to night school until she received her Associates Degree in 2003 at Front Range Community College in Westminster, CO. Sheree has worked for numerous attorneys in the Denver-Metro area as well as the surrounding suburbs of Arvada as a Paralegal.

In 2016, Sheree sold her home in Arvada and moved back to Cheyenne for family reasons. She is now working for Richard Gage, P.C. as a contract paralegal, specializing in Vaccine Injury litigation.

Sheree enjoys riding her motorcycle and attending rallies in Wyoming and Colorado, as well as helping to promote women riders and fundraisers for schools, veterans, and shelter animals. 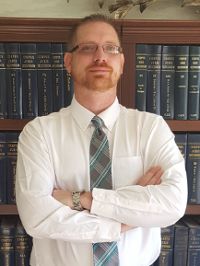 Brian was born and raised in Rawlins Wyoming. He then moved to Fort Collins, CO in 2006 where he worked in construction for several years before deciding to become a paralegal.

After graduating with an Associates degree in Paralegal Studies from the Institute of Business and Medical Careers, he moved to Cheyenne in 2014.

Since then he has worked as a paralegal in the areas of medical malpractice, tort and traffic, nursing-home malpractice, and elder law. He now specializes in Vaccine Injury litigation with Richard Gage, P.C.

In his spare time, Brian enjoys camping, fishing, hiking, and other activites in the big outdoors.

You're In Good Hands With Us

We're easy to contact, and we're easy to work with. We look forward to serving and representing you.

Give Us A Call, Or Email Us

If you think you or a loved one is the victim of a vaccine injury, give us a call right away at (307) 433−8864, or email us at VaccineLaw@RichardGage.net.

The Vaccine Injury Compensation Program has very strict filing deadlines that must be met. If you miss a deadline, you also lose your right to seek compensation for your injury.